The site is based at 265 Burlington Road, New Malden Greater London KT3 4NE. The site lies to the north of Motspur Park, also known locally as West Barnes. The site is bordered by Burlington Road along the eastern boundary, a large Tesco superstore to the west, Pyl Brook and Raynes Park High School to the north and a predominately residential area with some small convenience retailing/services to the south.

The area is characterised by predominately 2-3 storey Victorian terraces and semi-detached housing blocks as well as some 4 storey housing blocks just north of the site. The A3 is the major road which connects the site to surrounding employment/retail/industrial/education units.

Specifically, the site compromises a vacant 1980’s office building arranged over two storeys with an interconnecting single storey office building at the rear and a small section of surplus Tesco’s car park land, which can see in the map below: 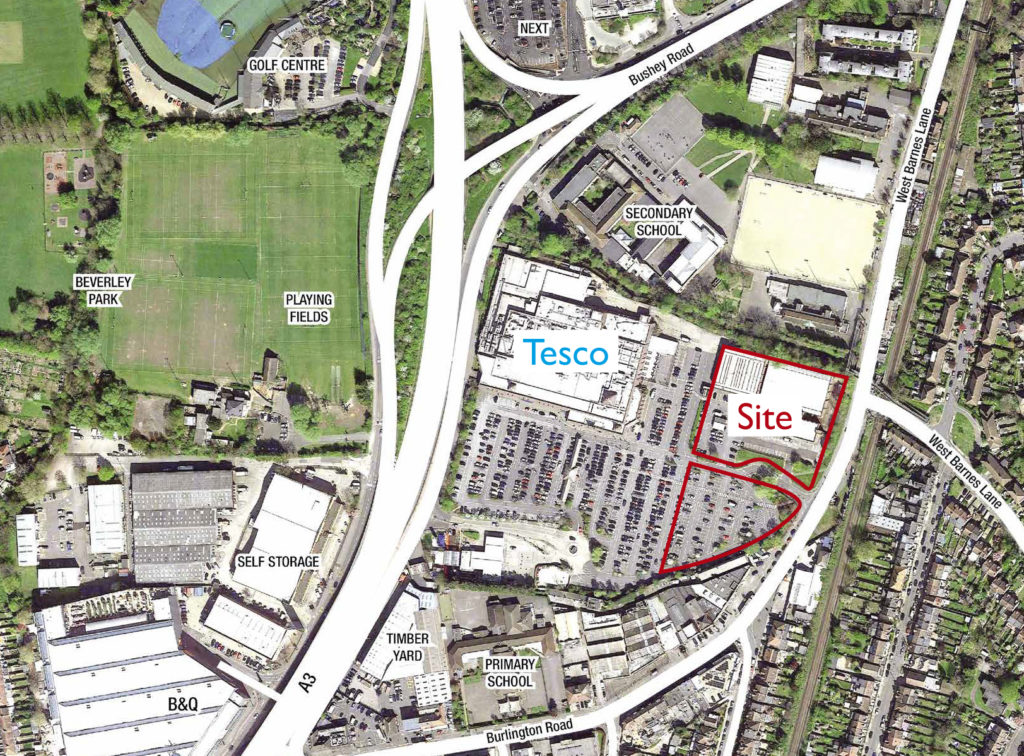 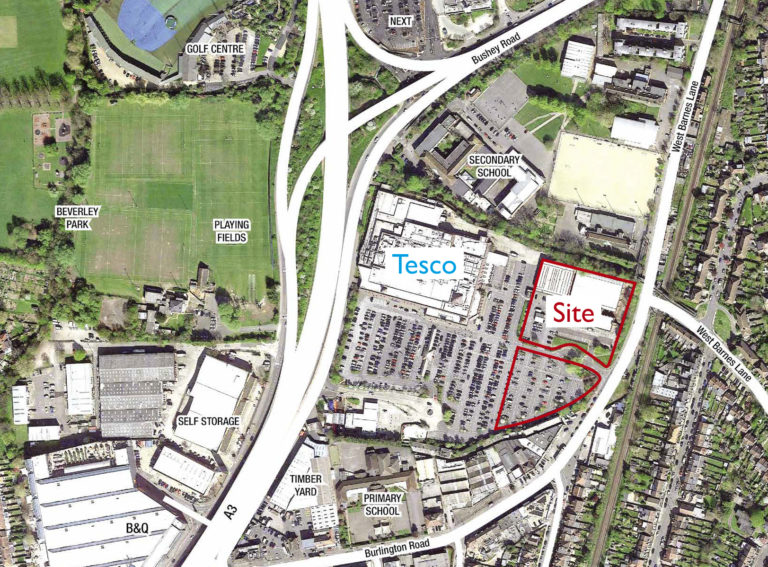 Read about the plans for 265 Burlington Road and Land at Tesco Car Park.

We use cookies to ensure that we give you the best experience on our website. If you continue to use this site we will assume that you are happy with it.OK